For those not in the know, audax is the UK tag for long distance rides – basically, rides longer than 200 km (or 125 miles in old money). The word shares the same root as audacious. You can read more about the UK’s long distance cycling scene and see what events are coming up at http://www.aukweb.net

And Darleaux is a Frenchified version of Darlo, the nickname for my hometown of Darlington. As a terrible bilingual pun, I wrote Audax Darleaux in marker pen on the back of my council issue hi vis vest for the 2015 edition of the ride. About three people got the joke. 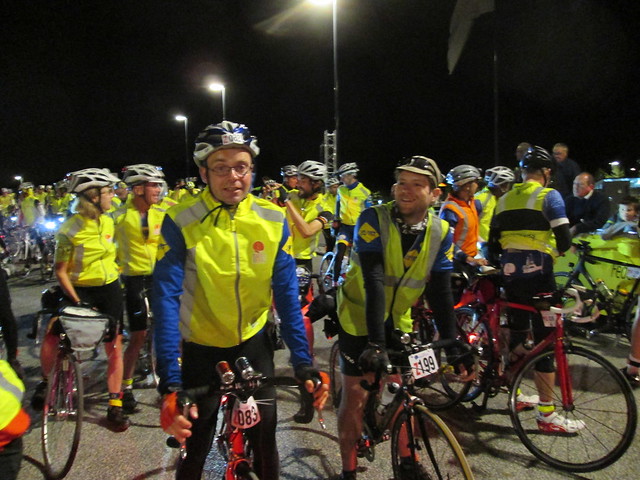 That’s me on the right, starting in group Z (photo by Steve Ralphs).

Three Bromptons, a Moulton and a Bickerton from Northallerton on 27/03/21